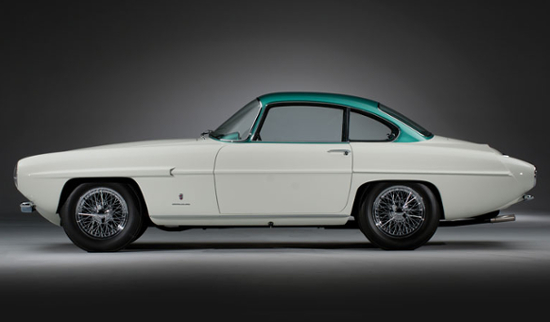 Get ready to meet the newest stunner from Aston Martin. The 2013 Rapide S is flawless in every way, being more powerful, faster, and better looking than its previous version. After the facelift, the lavish sedan became even more alluring, with a redesigned front grille, a new rear lip spoiler, and an optional Carbon Exterior Pack that includes a carbon front splitter, new rear diffuser, exterior mirror housings, and rear lamp fills.

The more significant changes, however, occurred underneath all this exterior charm. The already potent 5.9-liter V12 engine is now capable of putting out 81 more hp than before, meaning that if flaunts a total of 558 hp. The torque was also increased from 600 Nm to 620 Nm. As a result, the car’s performance was significantly changed: the new 0-62 mph time is 4.9 seconds, while the top speed is 190 mph.

Finally, the Rapide also got a nice interior upgrade, which begins with sporty black and red Duotone leather upholstery, and ends with nice piano black trims. The foldable rear seat is standard, while the twin-screen entertainment system and the reversing camera are optional. Enthusiastic fans can expect the ride on the market starting next month (February).

Founded back in 1913 by Robert Bamford and Lionel Martin as ‘Bamford & Martin Ltd’, the iconic British sports car brand Aston Martin, which is known for designing stylish hand-built sports cars with highly competitive performance aspects, has now launched its year of centenary celebrations with a return to its roots. The luxury brand marked the start of its birthday celebrations on January 15th with the unveiling of a bespoke, special, new Centenary Edition of its ultimate GT, the Vanquish. Representing an exclusive new celebration of the automaker’s 100-year history, the Centenary Edition Vanquish boasts an exceptional graduated paint finish, a hallmark, and sterling silver Aston Martin wing badges. However, the opportunity to own and enjoy such an incredible piece of Aston Martin’s rich heritage has been made ultra-exclusive as only 100 examples of this machine will be produced.

CES 2013 was filled with mobile accessories, while most of them were similar to what we have already seen over the years, including the rhinestone studded bling mobile accessories from the Korean companies, which made us realize no one does them better than BlingMyThing, and also there were leather cases galore. The leather cases launched at CES 2013 too were not class apart except the Istanbul based Beyzacases luxury mobile accessories range. Inspired by the ultimate British supercar, Aston Martin, the range of smartphone and tablet cases is said to have taken design cues from the elegant form and shape of Aston Martin’s famous radiator grid, but what makes them exclusive is craftsmanship. The Aston Martin range is handcrafted from the finest full grain Alcantara leather used in Aston Martin interiors. 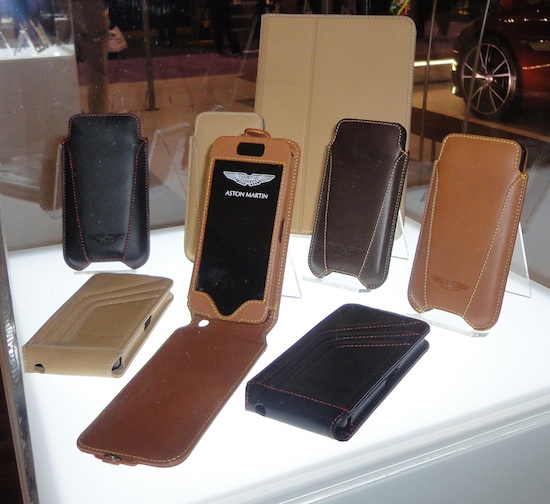 The collection includes the new iPhone 5 Slim V cases crafted out of Alacatara leather with soft lining and protection against scratching. The collection is available in beautiful stiching colors, such as; beige, brown, orange and red. The range features iPhone and iPad cases for the latest iPhone 5 besidesiPhone 4 and 4S, iPad 2 cases and Slim TP for BlackBerry Bold series. The iPhone cases will reportedly retail for around $100 for the iPhone cases and approx. $330 for the iPad cases. The products comes with a specific “How to Care” guide to protect the natural beauty of the genuine leather cases from daily wear and tear and characteristic signs such as wrinkles, scars and marks.