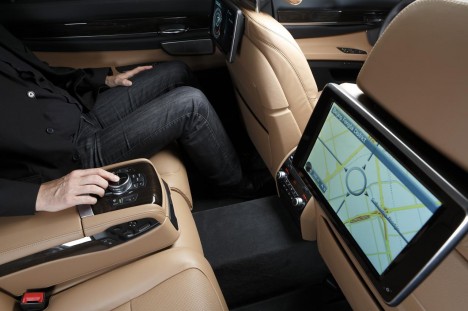 With a prime desire to enhance the sound quality, beauty and aesthetics of the piano, the piano designer who impressively gave the very 1st modification to the piano in over 100 years, and also served as master piano technician withAlicia Keys and Elton John, Justin Elliot under his founded company ResInno, renowned for its one-of-a-kind piano modifications, now offers progressive pianos that are more than just works of art. Hand-created with a custom blend of finest and exotic woods, the design modifications done by Justin Elliot to make an existing or newly purchased piano in to a one-of-a-kind art piece includes piano legs, musician benches, music racks and pedal lyres. Notably, ResInno’s carefully constructed, custom, exquisite piano designs that also provide undeniable improvement to the instrument’s tone even include a piano Grand Rossa, which was inspired by the iconic 1957 Ferrari Testa Rossa race car.

Described to be ResInno’s raciest design yet, the piano Grand Rossa which is named after the Ferrari 1957 Testa Rossa boasts curves forming sleek semi-helixes, and a prolonged arch which looks to flow through the piano. Further, the entire ensemble in the deep Ferrari red called Rossa Corsa, was actually inspired by the master craftsmanship and exquisite beauty of the Ferrari. 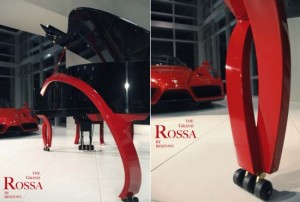 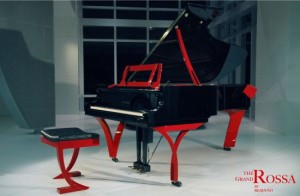