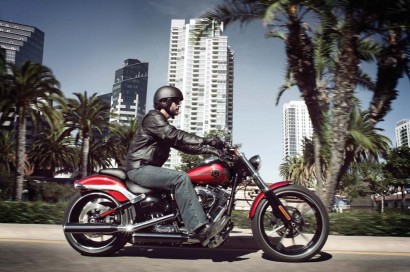 The All-New 2013 Softail Breakout from Harley-Davidson

Harley-Davidson has recently introduced a new stunner for their fans. It is called the 2013 Softail Breakout, and it merges all the best qualities of power, comfort, technology and design. It was developed to enchant freedom seekers, flaunting big wheels, a proud stance, and smashing looks. The chromed elements are meant to turn heads with their sleek shine, while the painted parts give extra personality to the bike.

Boasting the same level of detail that Harley-Davidson has accustomed us with, the new motorcycle features aTwin Cam 103™engine that is more than technologically impressive: it is also a true pleasure to look at. Shiny chrome surfaces contrast beautifully with glossy black trims in a beautiful interplay of light and shadow. Everything from the covers and cases to the classic cooling fins has been carefully designed to work excellently and look great as well.

In terms of advanced technologies, the motorcycle manufacturer has some more nice things to show. Take for instance the 3-in-1 minimalist bullet lights at the rear. They work as taillights, turn and stop lights as well. Then there is the anti-lock braking system, which gives the rider a feeling of extra safety each time he or she starts the engine. Furthermore, the ABS is tastefully hidden in the wheel hub, thus not disrupting the looks of the bike.

And finally, the new Softail Breakout comes with a new security system that includes a hands-free fob, which works by automatically locking and unlocking the bike as the owner leaves or approaches it. All they have to do is put it on the ignition key ring and then enjoy the freedom. Prices start at $17,899.

Vilner tuning specialists have already proven their undeniable skills and expertise when it comes to upgrading car interiors, but this is not the only field in which they excel. Exterior and performance enhancements are also their passion, and this is true even for two wheelers.

Take for instance this gorgeous one-off bike and its amazing package – beautiful girl not included. The canvas that Vilner worked on was an Aprilia Tuono motorcycle, and the completed work of art was dubbed Stingray. The upgrade package includes a reupholstered seat, a repositioned license number, new front fender, extended driving chain and fork, new side spoilers, each with two vents, new headlights, and LED turning signals.

The motorcycle was also improved in terms of performance, resulting in 10% better results. To match the more fierce character of the Aprilia Tuono Stingray, Vilner decided to make it a little darker by tinting the rear lights and blackening out a few parts of the frame. You can see the final look of the ride in the gallery below. 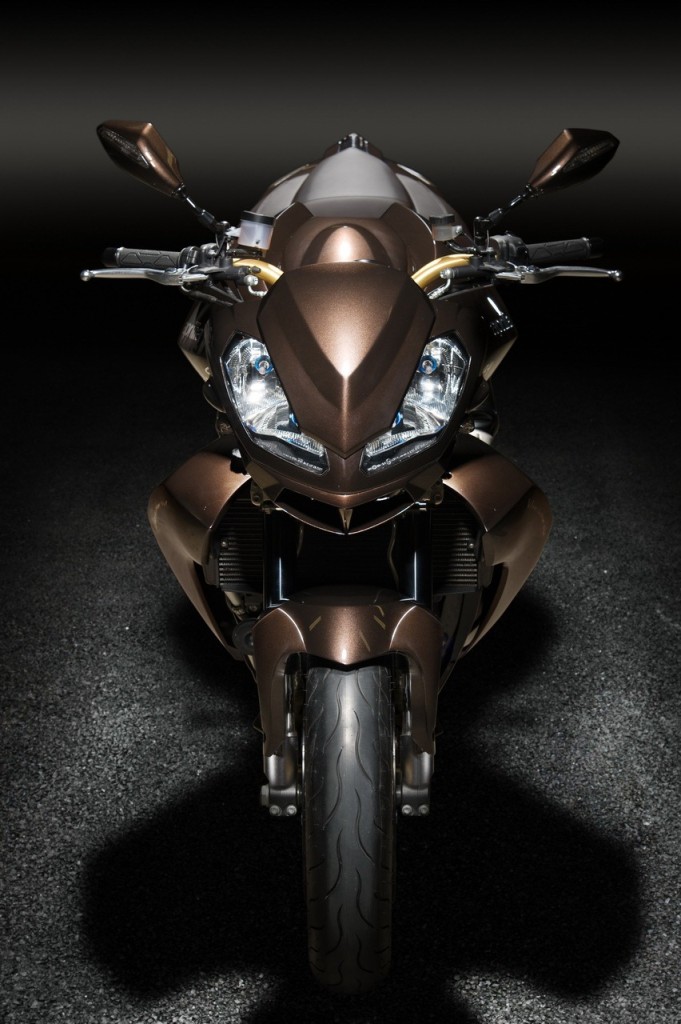