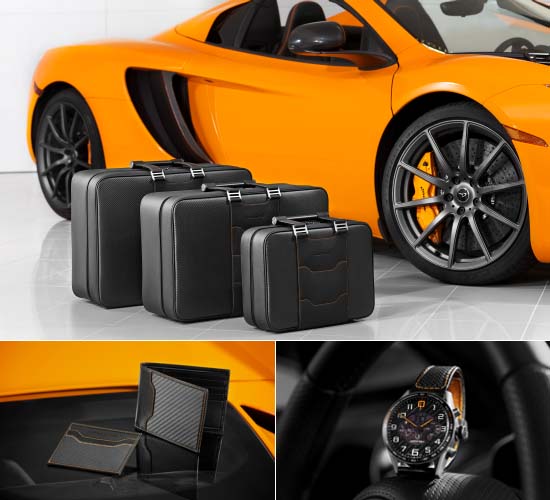 For the likes of the most avid McLaren owners, fans or those most focused on enjoying the thrill of the open road, the British manufacturer of luxury, high-performance super car McLaren Automotive has now launched bespoke merchandise inspired by its highly advanced and lightning-fast road-going super car  MP4-12C. Exclusively available at the McLaren eStore, the versatile range of fashionable products which primarily focuses on the passion of driving, includes a variety of stylish accessories, clothing and high-end luggage-set which has been designed in collaboration with the McLaren Automotive design studio to maximize the 144-litres of space beneath the bonnet of the 12C. Notably, the luggage-set crafted out of carbon-fiber was also included in the special-edition of the 2013 McLaren MP4-12C Spider ‘Volcano Red’ that was the part of the annual Neiman Marcus Christmas Book 2012. 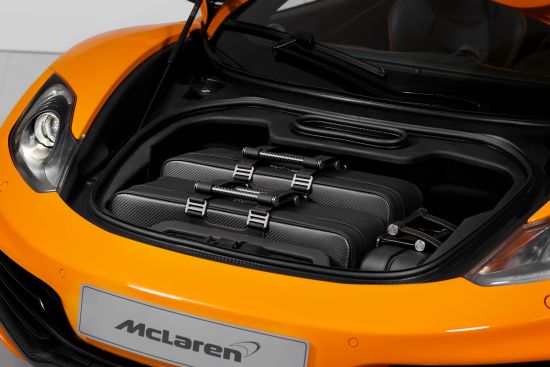