When the name Bugatti Veyron comes up, the word speed automatically comes as a recall to it’s most endearing feature. The fastest car in the world seems to be very speed thrill seeker dream, and it is for this reason that the vehicle gets it’s popularity. However, there are only a few who actually manage to get hold of one of these, as most are special editions with design tweaks on the original offering, with a heftier price tag than the normal. Now to please another elite bunch, the company has showcased their next creation, the 8 special edition Veyron world record versions of the car at Shanghai Motor Show 2013. With the speed factor being the main focus, the Grand Sport World Record edition has been known to touch speeds of 408.8 kmph, which makes it the fastest road legal convertible in the world. 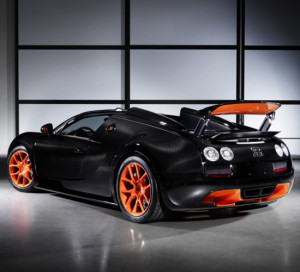